Kenan Plunk has been serving as a missionary with the International Mission Board since 2008. After a year in Costa Rica for language school, he served in two Quechuan towns in the Andes mountains of Peru. In 2012, he moved to Bogota, Colombia. After four months working with indigenous students at the national university, he began working with the displaced indigenous groups in Bogota. Many indigenous peoples have moved into the cities to escape to the drug violence. Kenan seeks to reach these people with the gospel. Some are already believers. Kenan helps to disciple these believers. He also works with existing churches to help reach the indigeous peoples.

Most of Kenan's work involves visiting people in their homes to teach the Bible. One challenge he has faced is a language barrier. Many of the indigenous only speak Spanish at a basic level. Another challenge Kenan faces is the transient nature of the indigenous peoples. Many will move around from place to place, only staying in Bogota for a short period of time. The work is difficult, but by God's grace, these challenges can be overcome.

Greetings! I hope everyone is doing well. Thank you for praying for me and for the work God is doing in Colombia and throughout the world. Prayer is a vital part of the missionary task. May the word of Christ continue to speed ahead to every tribe, nation, people, and tongue.

This past month, I have been meeting with “Mike,” a Puinave man from Guainía, near the Venezuelan border. He, his wife, and one year old daughter have moved back to the super small, one room apartment after a month living in larger place for less money on the far southeastern edge of town. That place became no longer available. Live is difficult for them as they try to eke out a living. I have continued to meet with him to study Scripture. Pray that my visits with him and his family will be fruitful.

Please continue to pray for my friend “Ted.” He lives in a shelter where he can get some physical needs taken care of. He still deals with depression since his wife passed. He often just needs someone to just be with him. I am meeting with him once or twice a week to talk and read Scripture together. Pray that I can show him the peace that Christ can give.

I am also meeting with the Wounaan once a week. We are still making our way through Ephesians discussing the glorious gospel of what Christ has done for us and how we should walk in light of what Christ has done. At times, it’s just me a “Silas,” and sometimes others are there too. Silas will often translate our discussions of the text into Woumeo. Pray that the Word will do its work to save the lost and sanctify believers.

Continue to pray for the Embera Katío and Embera Chamí. I have started an English class with one Katío as an entry. Other Katío have expressed a desire to be involved too, but have not yet joined. 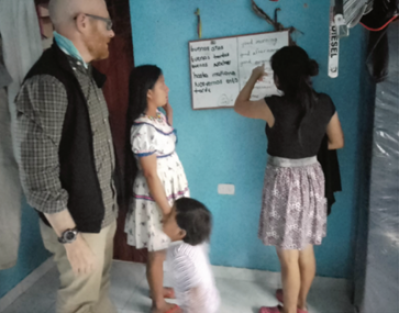 A few days ago, around 500 Katío and Chamí have begun to live in a city park near downtown. Some have tents, other do not. Many of them are going with little to no food. Please pray for me as I seek wisdom in what I can do to best help them in this situation. Pray that I can communicate the gospel clearly so that they might have hope.

Again, thank you for your prayers. Prayer is vital to the missionary task. Grace and peace to you all. May each one of you be blessed with the grace and mercy found in Jesus Christ.

Belén la Radio is a Reformed Christian Radio station where you will find Sound Doctrine, teachings from the Bible, and inspirational... read more 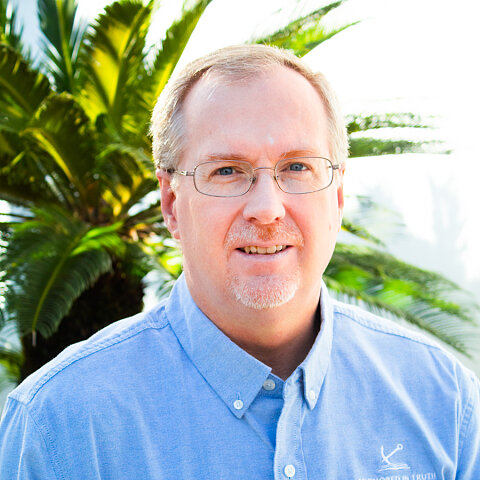 Kevin Millard serves as the Director for Portuguese-speaking countries for Anchored In Truth. He is a graduate of UNA and Mid-America... read more