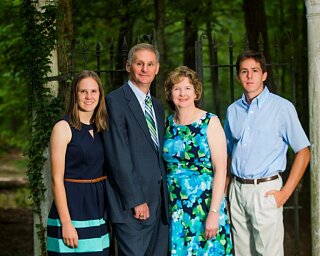 David is responsible for the preaching ministry of Christ Baptist Church. He is a native of middle Tennessee, a graduate of the University of North Alabama with a BS degree in Nursing, and a 1994 graduate of Mid-America Baptist Theological Seminary with a Masters of Religious Education. Prior to entering the ministry, David worked as a Registered Nurse in Emergency/Trauma, Cardiac Care, and Neonatal Intensive Care. He and his wife Lisa, have two children, Anna and Austin. David has served on staff at Shelbyville Mills Baptist Church since July 2000 as associate pastor overseeing administration, education, missions, senior adults, and children. He is the founder of Divide-The-Truth Ministries that has served over 100 churches in the last 16 years with Sunday School notes that “rightly divide the word of truth.” In view of starting Christ Baptist Church, he discontinued this ministry in May 2017 so he could focus his attention on the new church.

In February Lisa and I had the opportunity to bring a word of report on the work at CBC at Shelbyville Mills Baptist Church.  It was so good to be with the church that I spent 18 years serving. It was good to see old faces and Lisa, Anna, David, and Austin and meet many new ones. SMBC will always be a highlight in my ministry. It was there that the Lord challenged me the most, allowed me to serve with the best, and then called me away to start a new work in Rutherford County, TN. Their support has been like a refreshing breeze on a hot summer day!

Th first Sunday of March marked our third anniversary. The first year was full of excitement and change. The second year was full of conflict and difficulties, but the third year, in the middle of a pandemic, God has blessed!  Many church planters told me three years ago that if we could make it to the third year, we might see the Lord do a great work and that has been the case.

On Mother’s Day we broke an attendance record with 77 present. Mother’s Day is usually a well-attended Sunday, and when you add three baptisms, you know there will be many guests.  Two of the baptisms were a couple, Jason and Dakota.  Jason was saved while I was away at Shelbyville Mills.  The following Monday I visited them at their home, and Dakota was under great conviction and sought the Lord’s forgiveness and mercy. It is always a blessed opportunity to be present when the Lord is working in the heart of someone. They had never experienced church “like this”, nor heard of verse-by-verse preaching. They did not even own a Bible, but they do now!  They are so excited about the Lord and CBC, and of course, we are excited about them as well.

The other young man we baptized was our music director.  I have known Zach since he was in middle school. I watched him grow up at Shelbyville Mills, participate and then lead in worship, start his career, marry, and now he and Elizabeth are expecting their second baby in July.  After years of struggling with doubt, unknown to any of us, he surrendered his life to Christ.  He is a tremendous help to me not only in worship but in our social media presence.

A great compliment came to me from one of the men we baptized in November. “For the first time in my life I finally see why the local church is so important. It used to be just a place where we went occasionally, but now we see it as a family that cares. A place that teaches us truth. A place where we belong.”

... We continue to ask for your prayers about the challenges that growth is bringing.  We have not been below 42 since last July. It is getting tighter each month in services and small groups. Space for small groups is our greatest need right now, especially for children.  We are examining the possibility of enclosing a pavilion at church that would give us three classrooms.  We are working with the codes department in Rutherford County right now to see if this possible.  It is a great problem to have!

All is well with the family.  Austin graduated in May and has a job as a computer engineer in Huntsville, AL. We moved him into his new apartment the end of May, and he starts his new job the second week of June.  He is breathing a sigh of relief since school is over, and he is excited about his new job. Anna loves UNA and Grace Life but wishes things were normal. Don’t we all!  She will be moving into the Honors dorm next year with a new roommate we know very well and who will be coming to church with her at Grace Life.  This will be good for both of them!  Lisa continues to work at the veterinary clinic. They have been very busy this past year.  After two years, I finished the prison epistles and started Ruth last week on Sunday mornings. On Wednesday nights we are in the book of Daniel. 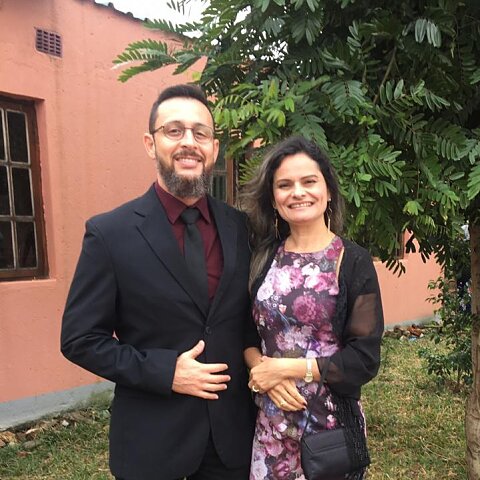 Francisco José de Abreu Vieira is the pastor of Alliance Community Baptist Church. He is married to Claudia Neilane, and they have five... read more